September 22, 2018 Travel, Travel Info Comments Off on Self trip to Washington DC from New York

Washington DC located about 350kms away from the New York city. The one way travel time takes approximately 4 hours. There are day trip tours available from New York city to Washington DC which costs between 135USD to 160USD depends on season and tour operator. This is pretty costly as there are frequent buses on this route which costs average of 10 USD per person one way. Sometimes mega bus have ticket price of USD 5 one way. So if we plan the trip by our self we can save lot of money.

Initially i booked this trip on Viator for 142 dollars. But when i did a research on it i found it is a huge waste of money. Because in that day trip booking there was no hotel pickup included, no hotel drop after trip included, no food included. And also their itinerary says the overall activity is 12 hours in which 8 hours (4 hour travel one way) will be spent in just travel. Only 4 hours will be given to see Washington and am not sure how much they can cover when they have a bus full of people to control. So i canceled my Viator booking and decided to travel by myself.

I also noticed hotel cost in Washington DC is less than New York. So i did cancel my one day stay at New York and made that reservation on Washington and saved some money. I booked round trip ticket on mega bus website. I choose 8PM departure from NYC and return ticket as 7PM departure from Washington on the next day . Ticket cost is 20$ for round trip and i choose top deck first row seats both ways for 14$ (7$ for each way) and they charged additionally a 4$ in the name of  booking fees and facilities fees. So in total 38$ for round trip from NYC to Washington on mega bus top deck first row seat. This 14$ seat pickup is optional. I recommend doing it because it was awesome sightseeing option 😀

My hostel was located at walk able distance from the Washington DC Union Station. Also they had free street car (known as trams in other parts of the world) to travel around. After had a sleep at hostel i walked to Union Station where i wanted to plan my day to visit all around the city. I got to know from the hostel person that they have a bus which runs through all their city momentum and it costs only 1$ for a ride. But only issue with that is they stop on a spot only if we press the stop button. So that was not a suitable option for new visitors as we don’t know where to get down.

The better option i found is “Big Bus – Hop On Hop Off bus” from the Union Station. Hop On Hop Off is dedicated tourist bus which had English commentary and dedicated stops for tourists to hop off and visit. They had 2 ticket options. 39$ for Red Route and 49$ for all routes (they had 3 route buses). I choose only red route because the famous spots i wanted to visit like White House, Capitol Building, Washington Monument, Lincoln Memorial, Vietnam war memorial, etc… were covered by that red route. After purchasing that ticket only i realized that a very important spot of Washington “Pentagon” is not covered by the Red Route. So if you are concerned about the Pentagon visit then you should buy 49$ ticket.

The whole round trip of Red Route took about 1.5 hours and i got down at White House stop. Then i visit the white house front side and walked to Washington Monument and then walked to the US Capitol building. The whole way was surrounded with variety of museums and American government Administrative buildings. The Department of Agriculture building was the biggest of all. Lot of street foods all the way. Too costly too. Plenty of parks and nice places to sit and relax the views. Then i took again a round trip in Big bus and hop off at Union Station for my departure from Washington. 6PM bus was the last bus too.

Later i understand all these National Momentum were located in walk able distance from Union Station. I could have walked myself with the map given by Big Bus tours. But the money was worth for the commentary. When bus cross a specific building the commentary tells about its important historical details. That we never get to know by our self. so spending a 39$ / 49$ for this hop on hop off bus is worthy in Washington DC.

I also suggest more days in Washington DC than just a day trip. On my view Washington DC is better than New York in several ways. 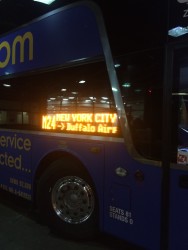 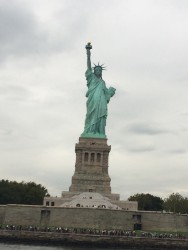