Santiago – Capital city of Chile. The city was located little close to mountain ranges so the visual on day times happen to be very nice. Again everyone speak Spanish only as like many other South American country. Very hard to find anyone who speak English. I happen to stay in a apartment with a family so i get to know a lot of information about the country from them.

Compared to Montevideo and Buenos Aires, Santiago is not really beautiful. It sounds like there were less maintenance being carried out to keep the places better in quality. Plenty of black people lives here. Especially near the central station almost all shops were being owned by black people. This time is summer and it was super hot temperature here. Every signal some few people stand and sell water bottle. Water is costly. When we ask water in a shop (agua) they prompt for 2 options. Singa or Gonga (am not sure if this is right pronunciation). Singa means plain water with minerals. Gonga means water with gas (similar to soda in India). Most shops charges both same cost 500CLP. Some shops charge Gonga 600CLP (1/2 ltr bottle). And the 1 ltr petrol cost is 700 – 800 CLP.

Public parks were there but really not that greatly maintained. I spent most of the time in Quinta Normal Park as certain areas of that park offers free wifi. As the sun sets after 8PM the parks were opened up to 7:30PM in the evening. Found a Indian restaurant near Plaza De Arma’s. The Biriyani was ok  but not that great. But compared to eating bread and snacks everyday it was good.

Food is the worst part i faced. I did try some restaurants near by but did not found it useful. Had to run most of the time with the bread and bun items taken from the nearest shop. Big problem is language for me. Even in KFC before i make a successful order i feel like i crossed 100 miles in walk. They don’t clearly understand what i say. I don’t understand what they ask so i get things going by showing actions and pointing the banner prints display the items. Even the swipe machine is displaying all in Spanish. And this was the case with Buenos Aires and Montevideo as well.

In Santiago airport the souvenirs costs too much. Just 2 costs 25$. And there was no souvenir shops in the main places i roam around. Or at least i didn’t see it even after hours of walking in main areas.

The only good thing is Metro. There was English so traveling was much better. Never has to ask or struck anywhere. To use metro we need Bip Card. The card costs 1550 CLP. And for each ride it will cost 700 CLP. And we can top up as like we need. The Station, Inside train instructions and the top up machine were in English. So not an issue to ride it. 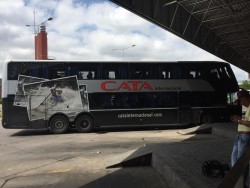 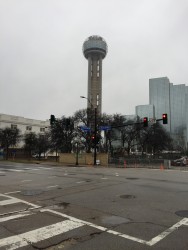