New York City – One of the busiest American city today and an Iconic immigration port of United States of America back in history! Great to see too many taller buildings in smaller space all around the city. In fact the New York is the name for the whole province where the New York City located.

Subway train connects the city well. 3$ is the charge for each trip (valid for 2 hours). City planning also done well. Long vertical streets were called ‘Avenues’ and the horizontal streets were called with numbers. So the bus stops and train stations named like ’28th Street’, ’12th Avenue 34th Street’, etc… can guess the distance by knowing the name of the location. Lincoln tunnel connects the Manhattan city with New Jersey. In certain parts of the city they have standalone machines called ‘Link NYC’ which actually gives free internet for surrounding places. It was very useful.

Statue of Liberty and Ellis Island

These landmarks were the most popular immigration ports of United States in their history. I did not got tickets to enter the statue and crown access. Got only tickets to land on Liberty Island and Ellis Island. They told it was sold out already. So better plan your visit in advance and book it online.

They have museum in Ellis Island explains how things happened in the past when someone migrate into United States through this port. From Battery Park there were ships depart to these island frequently. Do not buy ticket from anyone sell in the road. There were many complaints that people sell fake tickets outside. They them self put a board outside battery park subway station that not to buy tickets from any street seller.

Empire State Building is the Worlds tallest building from 1931 – 1970. Amazing tall structure built by Americans in the year 1930 – 1931. My visit to this building is a total damage one. Heavy rain and full of fog. At 80th floor the view of New York was awesome and when i go to the 86th floor where they have a open terrace to view the downtown i saw mostly the fog all around !!! Only few part of downtown was clearly visible. Could not able to stop long time as it was keep drizzling. So know the weather before you go.

The day which shaped United States of America. More than 3000 life gone down after two planes hit the tallest towers of New York city “World trade center” on a terrorist act. They made water fountains on both North and South tower locations and the walls hold the names of the people who lost their life on that day. Along with that they have memorial museums on the spot.

Another well known spot of New York city. Glowing in colorful lights, huge motion banners, always cheering crowd, street performers and lot of street food options makes this place awesome. They just celebrate life. They had a steps structure made in the corner for people to sit and watch things around. It was nice.

An amazing thing done by the New Yorker’s for the future generation. Such a huge park got plenty of places for the family to spend good time in the heart of the city. There were few tiny ponds in the middle of the park made the whole thing look nice.

Just another street near battery park. Tourist like me were standing near by wall street signs and took pictures and others in coat suites walk so fast around with always phones in hand. Near by that i found some street shops selling Biryani. They gave biryani with some green chutney and mayonnaise toppings for 6USD. It was really tasty

I found this thing extremely nice in NYC. I walked from Battery park to Times Square aside the banks of the river Hudson and wondered how this people really make use of every piece of land and make it awesome. Too good gardening and play grounds for kids and men, skating ground, tennis ground, elders park, puppy park, huge dogs park, etc etc… along with awesome breeze from the Hudson river makes this place awesome. 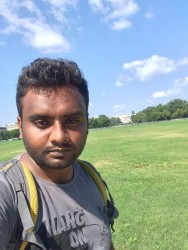 Self trip to Washington DC from New York
22 Sep 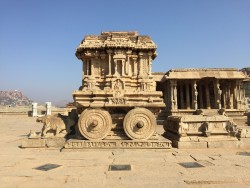