Cairo – a city with lot of historical iconic places to see. The best of all is the pyramids of Giza and Egyptian Museum. I couldn’t believe that i was standing next to the body(Mummy) of the greatest king of Egyptian empire ‘Ramesses II’. I wrote articles about him in the past and now i saw his Mummified body very close. The mummy room in the museum hosts the ‘Royal’ family of Egyptian Empire. The bodies of the kings and queens and some religious heads which i studied on my subjects were kept in queue for people to visit. The mummy room costs extra money so it was no crowded. I had enough time to read about each king and refresh my memories about them. Though some of them were damaged it was real wonder that we can see a man’s body, hair, skull was maintained for this long.

The pyramids were mostly damaged and it is not allowed to go very near. Though it was not allowed the police man allowed me to go and touch it to take pictures. And the guide even take me into a broken pyramid bottom to see the real tomb inside it. I did not know it was illegal as the door was opened and there were few ppl get out of it when we reached it. It was a good climb to a little height to reach the  door and my camel helped me to do so. And the guide take me into it and after a while we entered a small cave where we depend on our mobile light. when we fell into the cave i wondered if i will be able to get back!!! lol it was that dark and seems like a trap. Finally the guide show me a tomb inside it and told me the queen’s name who was kept in there… then after a lot of struggle i was able to get out of the cave and we were back to camel… A security personal saw us and shouted at us in Arabic and i get to know that it was actually not legal to get into it. Finally he let us go and told me that have a good day at his country. I thanked him and we left that place with that exciting experience of visiting tomb inside pyramid.

Though Cairo hosts such important places of history, it is real wonder why it was not being maintained well by the government. City is full of dust with no proper maintenance. The Nile river looks dirty.

The cost of daily goods seems fair. It was very much affordable. Met some awesome people in the city and at the same time happen to face some trouble makers too.

Smoking – People smoke everywhere. Even inside a air conditioned car. How weird is that!!! The driver smokes even after i object and he acts like he does not understand English. Similar thing happened again and this time the driver told me that if he doesn’t smoke he gets sleep while driving and it will be even dangerous. They even smoke inside Airport Terminal ! Not just a common man but the people who work there! I don’t know why in the hell there was a ‘designated smoking area’ inside airport. Everyone smoke outside and most of the ‘designated smoking area’ got it door opened !

People does not understand that the non smoker suffer when they do it!

Demanding huge tip – The tour guides / on site guides demands tip that sometime looks really weird. When i was at Giza i took a camel ride around the pyramids. The tour cost was 45 USD only. At the end of tour the guide asked me to pay him tip. I was happy with the camel ride so i gave him 10 USD note and he started debating with me that am giving him lowest tip that he seen ever! He left me only after i pay him 35 USD. The tour cost is 45 USD and the tip cost is 35 USD lol…

Also people come to us randomly and starts greeting occasionally. It feels so sweet until we get to know they got a shop nearby and they were trying to sell something. First few minutes they wont say a word about it and talks about our country proudly (99% people recognize me as INDIAN on first sight as my appearance says it all. Mostly they approach me saying ‘Namaste’. Funny thing is i don’t speak Hindi… lol… i just say ‘Namaste’ and direct my conversations to English by myself…) . Some people told that they give 50% discount only for Indians as they love India as like they love Egypt. I get to know it was just a template when i heard it from many ppl… The number of people approach you when you walk near by a tourist spot will be huge so sometimes it feels weird. But one good thing about it was no one misbehaved. They greet with the words ‘Have a good time at our country’ even if we don’t purchase anything from them.

Even street shop people were so sweet. I did not know how to order anything but they politely show different items that can interest me and take the order. Sometimes i order Arabic dishes and they them self explain me that it may not be suitable for me as it totally differs from Indian taste expectation.

Use only local currency if you do not want to pay over price. I did not know this and had only US Dollars in the beginning and i ended up in paying all 40 – 50% extra money. In airport arrival hall itself you will see ATM and you can withdraw Egyptian Pounds. If you talk to local taxi driver and ask for costs they will charge on their own. The same thing will be 30 – 40% less if you book your rides with UBER as they can not overcharge you.

A better visit to Cairo can be as the follows… land on a morning flight take UBER to pyramids in Giza and visit pyramids and then in afternoon reach Egyptian Museum and spend 3 hrs in visiting their historical collection and then pick your late evening flight and get away from the country. That could be a best plan. 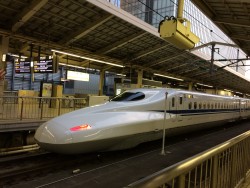 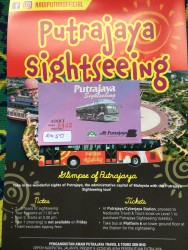